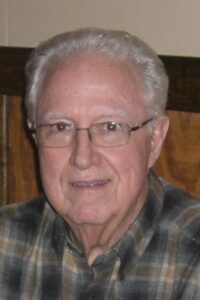 Roger K. Easton II of Solon, Ohio, passed away on August 23, 2020 at the age of 85. He is survived by his
two sons, Gary Easton and Robert Easton, and daughter Lisa Susa, husband Joe; dear grandfather of
Alexandra, Nicole and Natalie. Preceded in death by his beloved wife of 62 years, Edna May; son Roger
III, and sister Lynn. He was born to parents Roger K. Easton and Irene Brown of Moreland Hills, Ohio.
He graduated from Orange High School and married his sweetheart at age 19. Roger owned a rigging
business and did consulting work up until 2007 when his beloved wife fell ill. He dedicated the next 10
years to taking care of her. Roger was known for his outgoing personality, love of his dogs and cars,
talents to fix anything and dedication to his family. A small private memorial service will be held. To
honor Roger’s memory, donations may be made to the Cleveland Clinic Foundation. Arrangements
made by Kindrich McHugh Steinbauer Funeral Home in Solon.