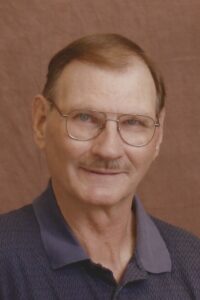 RICHARD JAMES PAZDERNIK, Sept. 27, 1940 – March 24, 2021. Loving father of John Pazdernik, Kristin (Peter) Huntley, Susan (Jeffrey) Hammer, and Mark Pazdernik; cherished grandfather of Eleanor, Lauren, Katherine, Grace, Jacob, Ann, and Jack. A 1958 graduate of Orange HS, Rich was a proud athlete excelling in football, basketball and track who earned a football scholarship to Ohio University. Rich later served in the US Navy as a radarman aboard the USS Albany. He obtained a degree in finance and worked as a bank manager for many years. Most recently, he enjoyed his job as a Home Depot greeter. Rich’s family was by far his proudest accomplishment and his children and grandchildren brought him much joy. He was always excited to attend their events and brag about them to anyone who would listen. He was a long time member of the Eagles Club, where he spent many evenings with friends. Rich also found joy in collecting die-cast cars, especially those that reminded him of his youth. He was preceded in death by his father James, mother Mary (Sorna) and sisters Rita and Florence (Ozmun). He is survived by sister MaryLou (Artino). Family will visit with friends Tuesday, March 30 FROM 4-7 PM AT STEINBAUER FUNERAL HOME, 33375 BAINBRIDGE RD., SOLON. Mass of Christian Burial Wednesday, 10AM at St. Rita Church, 32820 Baldwin Rd., Solon. Interment Mt. Hope Cemetery.