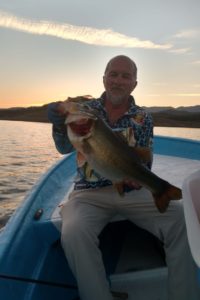 Michael John Curtis, 63, of Aurora, Ohio passed away on November 15th, 2018 of a courageous battle with brain cancer.

The memorial service for Mike will be held at 2:00 pm on Saturday December 15th at The Church of Aurora. Rev. Kevin M. Horak, associate pastor will be officiating.

Michael was born in Dayton, Ohio on September 1st, 1955. He graduated from Fairmont East High School in Kettering, Ohio in 1973. Mike went on to start his career working in Cleveland Ohio in the Summer of 1973.

Michael worked alongside his father, Carl Ray Curtis, from the start of his career until Carl’s death in 2003. Michael and his father founded Curtis Layer Design Build, Inc. in 1986. The Curtis Layer business has been an integral part of the Aurora community. As President of Curtis Layer, Michael took tremendous pride in the accomplishments of the business and what they were able to offer to his beloved Aurora community. His sense of work ethic, pride in workmanship and always helping others were Michael’s life theme. He was selfless and extremely generous to those whom he loved.

Michael’s passion for work was matched by his passion for fishing and his family. Michael began fishing as a small child alongside his father and sisters. As an adult, Michael continued to love everything about fishing. He made lifelong friendships through fishing that were a very important part of his life. He joined the Buckeye Bass Busters Fishing Club over 10 years ago and helped to organize many fishing tournaments. Michael’s most favorite fishing spot was in Lake Baccarac, Mexico with his dear friend Bruce Genovese.

Michael was one in million and will forever be in our hearts. Our love for him is boundless and everlasting. In lieu of flowers, we kindly ask that donations be made to Harbor Light Hospice 207 Portage Trail, Ext. West, Cuyahoga Falls, OH 44223