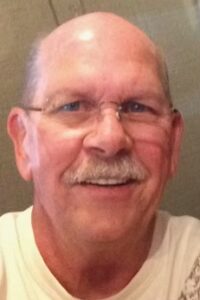 Michael E. Riddles, 72, passed away peacefully at home, surrounded by family, on October 3, 2022. Mike was born on October 29, 1949 in Cleveland, Ohio to his parents, Fred E. and Mary Joan (née Cross) Riddles. He grew up in Solon, Ohio. Never moving out of the Northeast Ohio area, he most recently lived in Aurora, Ohio.

Mike worked in sales all his life. He retired from selling education technology to schools in 2015. Mike was a steam engine enthusiast, always taking the time to stop and watch a train go by. He loved to bowl and was an avid golfer. He never passed up an opportunity to hit the links with family and friends. In September 2010, he hit a Hole in One at Grantwood Golf Course on Hole 12 in Solon, Ohio. Mike loved to go on vacations with his family and spend that time with his grandkids.

On May 5, 1969, Mike married his high school sweetheart, Joanne (née Cozza). They were happily married for 53 years. Together they raised two daughters, Colleen (Mike) Gelardi and Michele (Mark) Weintraub. He was a doting Papa to his grandchildren, Barbara (Ian), Robert, and Benjamin Weintraub and Anthony Gelardi. He was a loving Great Grandfather to Franklin Gardner. He was a beloved Uncle to several nieces and nephews, and a wonderful friend of many.

He was preceded in death by his parents and his brother, Gordon C. Riddles, his son-in-law, Mark S. Weintraub, and his granddaughter, Judith D. Weintraub.

Calling hours will be Sunday October 9, 2022 from 2-6PM at Steinbauer in Solon Ohio. Entombment on Monday October 10, 2022 at Crown Hill Cemetery in the Abbey, in Twinsburg Ohio. In lieu of flowers the family is asking that donations be made to Camp Sunshine of Aurora. It is a summer camp for children with disabilities. His grandson, Anthony, has attended for 14 years. It was near and dear to Mike. Camp Sunshine of Aurora, PO Box 48 Aurora OH 44202 or www.campsunshineofaurora.org