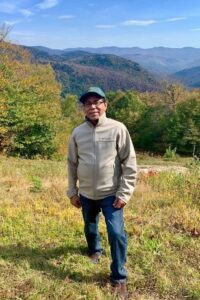 Kazi Aynul Haque (1946-2021)
Inna lillahi wa inna ilayhi raji’un {To Allah We Belong, and to Him is Our Return}
Kazi Aynul Haque (Aynul), age 75, died peacefully surrounded by family, after a year-long battle against pancreatic cancer on May 21st, 2021 in Oberlin, Ohio. Beloved husband of Rowshan Haque Jolly; dear father of his three daughters Tabassum Haque, Farzana Haque and Mehrin Haque; loving father-in-law of Rumi Shammin, Samir Ahmed and Shafquat Alam; cherished grandfather of his six grandchildren Tsunami, Raahil, Afsheen, Imaani, Mahiya and Zayn, he is predeceased by his parents Quazi Hatem Ali and Roushan Ara, his elder siblings Quazi Fazlul Haque and Shajeda Khatoon. He is survived by a host of fond younger siblings, in-laws, cousins, nieces/nephews, and longtime friends from BUET ’66 batch amongst other friends from around the world. Born in 1946, Aynul grew up in Bangladesh where he attended Notre Dame College in Dhaka and graduated in Electrical Engineering from Bangladesh University of Engineering and Technology (BUET) in 1966. He went on to pursue graduate studies in Bremen, Germany. As a lifelong athlete, Aynul participated in numerous competitive sports in school, college, university and beyond. An engineer by training, and adventurer at heart, he held professional careers in engineering and teaching in Germany, Pakistan, Singapore, Malaysia and Nigeria. In 1984, he returned to Bangladesh with his family to launch upon a new career as a business entrepreneur and began his own manufacturing industry. Upon retirement Aynul continued to prioritize international travel, but chose to relocate to Atlanta, Georgia where he was closer to family. For the past year, he has lived in Oberlin, Ohio to receive treatment for pancreatic cancer at Cleveland Clinic. Exploring the world alongside his wife Jolly, everywhere he landed Aynul was the life of the party. With carefree curiosity, he enjoyed life’s little pleasures; cooking shahi recipes such as ‘kachhi biryani’ for friends and family, listening to the rain, making clever anecdotes during movies, or finding creative ways to keep his company laughing until their stomachs hurt. His self-proclaimed greatest accomplishment was the knowledge that he had raised three strong women with unconditional love and mentorship; each of whom not only attained professional success but personal fulfillment, flooding his home with the giggling mischief of his six beloved grandchildren. His namaz-e-janaza will be held on Friday, May 21st after Friday jumma prayers and he will be buried in the Muslim section of the Crown Hill Cemetery in Twinsburg, Ohio. On behalf of the family, we sincerely thank his skilled teams of caregivers at Cleveland Clinic Oncology at Fairview Hospital and Cleveland Clinic Hospice at Home. In lieu of flowers the family is asking for contributions to the Palestinian American Medical Association (PAMA), a humanitarian, nonprofit, nonpolitical, and charitable organization aiming to promote both educational achievements for displaced children and health care hospitals in West bank, Jerusalem and Gaza.
https://palestinian-ama.networkforgood.com/projects/69710-general-donation