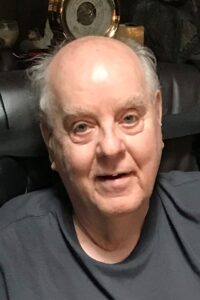 JOSEPH R. OBLINGER, age 85, of Solon, OH, passed away peacefully October 12, 2020, at the Cleveland Clinic surrounded by his family after a year-long battle with complications following surgery. He was born in Tarentum, PA, on January 20, 1935, the son of the late George and Clara Oblinger. Beloved husband of the late Marlys M. Oblinger (nee Miller) for over 56 years; loving father of Mary Jo Oblinger (Bill Vondra), Amy Oblinger, and his best friend and companion family pet Mac. He is also survived by his sister Rose (Marvin, deceased) Beech and sisters-in-law Teresa (George III, deceased) Oblinger, Joanie (Bill, deceased) Walkup, Dolly (Bob) Dickerson, and brother-in-law Lester (Beverly, deceased) Miller. He was preceded in death by brothers George Oblinger, III and Regis Oblinger and sister-in-law Glenice (Maurice) Hansen, and brother-in-law Doyle (Joyce) Miller. Dear Uncle of many. Immediately after high school, Joe went to work for Reserve Mining Company – Republic Steel Corporation, Silver Bay, MN, as a heavy-duty mobile mechanic and foreman. After serving several years in the United States Marine Corps, he and Marlys moved to Ohio where he was the Area Maintenance Manager for Norwalk Truck Lines in Toledo, a Field Service Engineer and a National Used Truck Manager for White Motor Corporation in Cleveland and for the last 40 years of his life, he worked as the property manager for a large estate in Hunting Valley. Joe took great pride maintaining his home on the inside and out and was never without a project to work on. Joe’s life was centered around his love of his family and the many friendships he formed over the years. He will be greatly missed by his family and everyone who knew him. Private family services were held on October 15, 2020. Interment Hillside Cemetery, West Farmington, OH.

Friends who wish may contribute to the Geauga County Dog Shelter, 12513 Merritt Road, Chardon, OH 44024 or to the American Cancer Society.