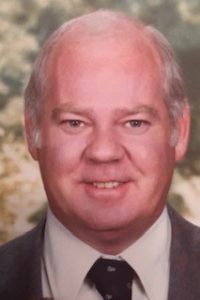 James Thomas “Jim” Morgan, 83 of Aurora, Ohio, passed away May 17, 2019, after a brief illness. He will be dearly missed by his wife of 54 years, Alice (Marshall), his daughter Kristina, his son-in-law, Joesph Rose and his grandsons James and Peter. He is also survived by his sister, Mrs. Jean Robinson (Douglas, Jr.) of Winston Salem, North Carolina. Born May 16, 1936, in Rockingham County, North Carolina to James H. and Lula Morgan, he was an Army veteran and an honors graduate of Guilford College, in Greensboro. He worked for 35 years for the General Electric Company in their lighting division with the majority of his career spent at NELA Park in East Cleveland until his retirement in 1998. There will be a celebration of life at the family home from 2 to 4 p.m. on June 2, 2019. In lieu of flowers, the family suggests donations to the Alzheimer’s Association, 225 North Michigan Avenue, Floor 17, Chicago, IL 60601.