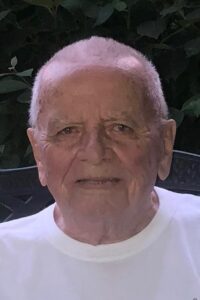 James was born and raised in Alton, Iowa. He served in the United States Army during the Korean War and was stationed in Eniwetok-Marshall Islands. Upon returning, he worked with his father and brothers at the Even Motor Company in Alton. He then became a sales representative for the Hunter Engineering Company, selling automotive service equipment. James and his family then moved to Brunswick, OH in 1967. James and Carol eventually retired to Catawba Island, and Marblehead, Ohio where they loved to boat and fish on Lake Erie. His beloved wife Carol of 52 years, predeceased him in March of 2014.