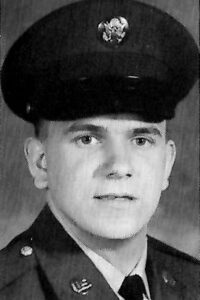 Anthony Tvaroch, 71, passed away on January 19, 2023, after a two-year fight with pancreatic cancer. He passed peacefully with loved ones by his side.
Anthony was born on September 6, 1951, in Warren, to Joseph and Anna Tvaroch. The second youngest of 8 siblings, he was a proud graduate of Warren G. Harding, where he played football. Tony remained a loyal Harding football fan. While growing up, Tony was an altar boy and later became a born-again Christian where he continued to practice his Christian beliefs.
After high school, Tony was drafted into the Army and served in the Vietnam War as a radio field mechanic. Two years later, Tony came home and started raising a family. While raising his kids, Tony enjoyed spending time with his family, camping, boating and fishing. He had a strong work ethic and believed in doing his best at everything he attempted. He retired as a line mechanic from GE Ohio Lamp. During retirement, he was happy to go boating, go on long bike rides, and take an occasional trip to the casino. Retirement also gave him more time to watch football, especially his beloved Cleveland Browns. Tony took pride in being a handyman, able to fix everything in and around the house. He was most happy outdoors and with loved ones. Tony was a great card player, had a subtle sense of humor and he gave the best hugs.
He is survived by his wife, Sandra; dear friend, Angela; children, Anthony (Danielle), Kevin (Philamena), Holly, and Tim (Joey); step-children Andrew and Jason; grandchildren London, Sophia, Rylin, Austin, Shane, Siarra, Brendyn, Savannah, Allegra, Addison and Makayla; and one great-grandchild, Eric. Tony is survived by his brother Francis (Jackie), James, Margaret (Joe), John, Michael (Susan) and Theresa. He was a proud uncle and a loving cousin; we are all thankful for his time with us, and he will be sorely missed.
In addition to his parents, Tony was preceded in death by one sister (Maryann), one brother (Joseph), and his firstborn (Joseph).
Per Tony’s wishes, a private service will be held. Donations in his memory can be made to pancan.org to help researchers discover better treatments and a cure for pancreatic cancer.