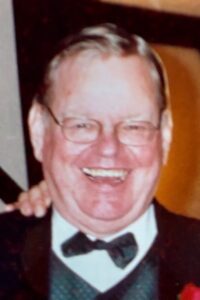 Alfred A. Lawther, age 81 of Aurora, passed away peacefully May 29th, 2022 at his residence. He is survived by Susan, his loving wife of 56 years, son Richard, and daughter Jennifer (Phillip Lankford); grandchildren Cecelia and Maya; and brother Donald (Sandra)

Al was born March 17, 1941 in New Kensington, PA. He was raised in South Hills/Brentwood, PA. He graduated from Brentwood High School where he lettered in three sports. He joined the US Navy in 1959 and served 2 years active duty. He later attended Kent State University where he obtained his Bachelors degree. He later obtained his CPA license. He opened A.A. Lawther, CPA in 1974. He operated this business until his retirement in 2011. When it was not tax season, Al and his wife Sue spent time traveling around the United States and fishing. Al was an avid fisherman. He had proof of the fish to back up his fish stories. Al enjoyed spending time with his family at the family cabin on the Alleghany River. No one knew the river better than him. Al loved seeing his children become successful in their respective careers. Further, the grandchildren made him happy. His wife Sue was the love of his life.

In lieu of flowers donations may be made to Rainbow Babies and Children’s Hospital or the Leukemia and Lymphoma Society.